Welcome Amazon Honeycode! The Rise of No Code App Builders

Home/Digital Transformation/Welcome Amazon Honeycode! The Rise of No Code App Builders
Previous Next

Welcome Amazon Honeycode! The Rise of No Code App Builders

Amazon has recently introduced Amazon Honeycode which adds to the growing list of no-code app builder tools on the market.  For me this is another exciting development for Digital Transformation, although strangely not something that is as new as you’d think. 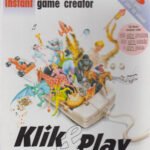 Back in around 1994, I was bought a piece of software called Klick & Play, this was a games creator that was all drag and drop.  I believe I had an Amiga 500+ Cartoon Classics pack for you other nerds out there!  Components such as characters (or sprites as I remember them being called), audio tracks, motion paths etc were all just placed on the canvas and allowed you to rapidly create.  No or very little code was required.

It seems odd that it’s taken us so long to get to this point with no-code app builders like Amazon Honeycode.

I have to admit, a few years later, moving into the world of the IBM PC (a 486 no less).  I dropped the idea of ever becoming a games designer and got into the world of business IT.  Bizarrely, I actually liked creating databases and the interface screens – all of which the concepts were the same.  Your Microsoft Access or Lotus Approach screens were simply drag and drop to create your forms and ‘screens’ and you hooked those up to the underlying database.  No-code!

Databases were really popular – up until the early to mid 2000’s.  Although for reasons I’ll probably never understand, tools like Microsoft Access have dropped out of favour for millions of mindless spreadsheets.  For me at school relational databases were part of the curriculum, the concept of key fields is rather a simple one – but I can see how some people would struggle.

Much easier to create a spreadsheet and change things around as you wish.  As opposed to creating a database schema and structuring everything before you start working.  Every time you forgot a field, you have to edit the database tables, the forms and the reports.  Whilst you are more likely to have consistent structured data, you lose a lot of time to build.

So databases fell out of favour, and many of us bought really big ERP systems and accountancy systems, that we made fit our businesses.  In reality, we made our businesses fit the likes of Sage or paid for expensive customisations to Dynamics NAV, SAP and suchlike.

My dream of having very flexible software that I could change ad-hoc as a power-user, died.

For many years, I actually toyed with creating our own tool to do this type of work.  Officially called Business Process Management tools.  They were very expensive, very corporate and not in the reach of normal businesses.  I knew some large companies with these tools, but they generally remained as expensive dormant projects that the IT departments didn’t have resources to service the business.

After much searching, we came across KiSSFLOW – immediately saw the potential and partnered with them.  The dream of a drag and drop no-code app builder was back!  This was obviously well before Amazon Honeycode arrived.

KiSSFLOW has given us a tool in the kit bag to help businesses create their own ‘apps’ whether this is simple data capture that can be done anywhere or advanced workflow and approval routing.  The imagination is really the limiting factor, but I still chuckle quite a lot how the tools are not all that dissimilar to databases back in the 1990’s!

As a no-code app builder, KiSSFLOW is very democratic.  We can train a few power users within an organisation to modify their processes and apps in minutes, leaving the business with the power to update and create.  This is where I see the real power in no-code app builders.  This gives people who work in the organisations processes freedom to create, develop and experiment.

They don’t have to put a call through to IT who have to bring in the contract developers.

At Unleashed, we’ve always remained vendor and technology agnostic.  There’s a fundamental mistake that I believe the IT industry makes often.  Partnering with one single vendor can make you take your eye off what the competition is up to.  It’s quite often that not every product fits every customers scenario.

So for us, as we’ve developed our skills both with KiSSFLOW and elsewhere in the business, Microsoft 365 – along came Microsoft PowerApps.  Whilst this is far from no-code – officially low-code!  It hooks into the Microsoft technology environment and can read data from existing sources you may have.

There’s a ying and yang with low-code and no-code app builders.  In the case of PowerApps you need to be able to deal with some simple coding.  Those Microsoft Excel guru’s who speak macro will be fine.  However, the democracy that no-code app builders is gone.  The great benefit of low-code is that you can do a lot more interesting things in terms of data transformation and quite often get the tool to talk to more systems.

The tool is very much still in beta, but I’ve fired it up and started playing.  I enjoy reviewing these tools and have had quite a few to look at in recent years.  Amazon Honeycode looks as if it’s set to integrate with the AWS world just as PowerApps does with Microsoft 365 and Google App Maker does with G.Suite.  My favourite part is they’re classing it in the no-code box, so I’m hoping this is another one for Johnny no IT skills rather than Jeff the IT guy!

If you are confused by the array of these tools.  Don’t know which one is best for you or simply don’t know where to start.  We are here to help.

About the Author: Chris Rogan

Chris is our lead Digital Transformation and Cyber Security Consultant, he is a trusted advisor to many high growth businesses. He has a wealth of industry experience being particularly close to the construction, manufacturing, and nuclear industries. Chris holds the CISSP certification in cyber/information security, an Executive MBA from Manchester Business School, MSc in Technology and Innovation Policy and a BSc in Computer Science. He produced some of the UK’s first research into Shared Services of large business and has a keen interest in bringing big business technology into the reach of mid-market companies. He has worked in various technical and business management roles, as a company director and non-executive director. He has a dislike for bureaucracy and inefficient processes (and people!). Much of the technologies he implements are designed to improve processes, responsiveness to customers and management information. The views and comments in this blog however are his own and do not always reflect those of Unleashed, its suppliers, customers or affiliates.